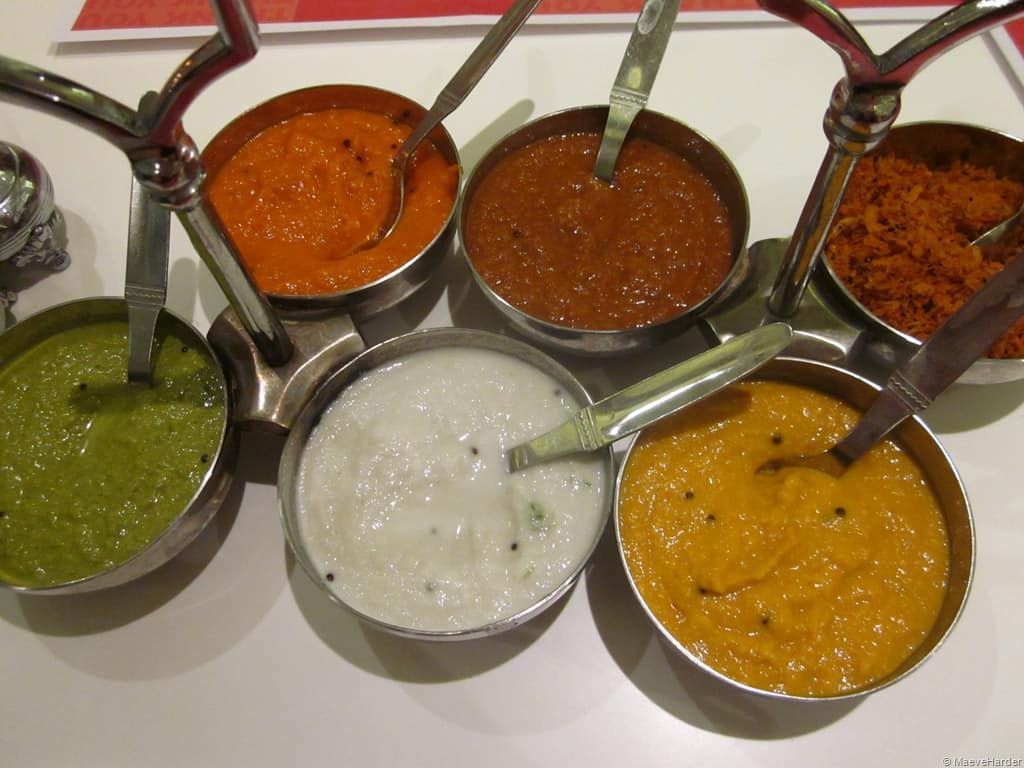 Simple spiced chutneys originated in India and can be traced back to around 500 BC and preserving food in this manner was adopted by the Romans. Chutneys made their way to England and France sometime in the early 1600s where they were often referred to as “mangoed” fruits and sometimes as “mangoed” vegetables. The fruit versions were much more popular. Chutney recipes flourished in the English speaking world and the Brits passed on their recipes to their colonies in early America and Australia. Indian immigrants were the ones who introduced chutneys to the Caribbean region in the 17th century. Chutney is also popular throughout Africa.